Who is Your Anime Boyfriend?

They might be as two-dimensional as a waifu, but there’s no denying that the best anime shows are studded with charming and admirable men.

There’s boyfriend material in almost every anime series – whether you’re into aloof but overly protective types, hot-blooded and rebellious risk takers, or smart and slick geniuses.

Most of the time, these dream guys lean a bit into the dangerous side as well. After all – does it really matter if they’re an international criminal, a barely-repressed vampire, or a trained murderer if they’re cute? You might even get ideas on how to use your husbando’s ice magic or alchemy to add fun on your dates!

Of course, you might want to reflect about who your ideal guy is. For this anime boyfriend personality quiz, allow us to help by playing the role of your all-knowing and infinitely wise matchmaker!

With which anime character do you think you have a chance at becoming a romantic partner? Who is your anime boyfriend? We’re just as excited to know as you are, so take the test and find out today. Enjoy!

What’s the most oddly attractive scent a man can have?

After a rough day, how’d you like to de-stress?

Which is your favorite season?

What do you value most in your personal life?

Which is the most romantic hideout?

For the main course at your dinner date, you prepare…

If your boyfriend had powers, you’d pick…

Which influences your decisions more – logic or emotions?

Do you prefer extroverts or introverts?

What’s the secret ingredient to a good relationship?

With his ruthless drive to gain power throughout the series, you’d think Sasuke wouldn’t have time for a girlfriend – but it turns out this gifted and mysterious ninja hides a first-rate protective instinct. Sasuke seems to be the type to keep you on your toes and surprise you with acts of affection.
Your Anime Boyfriend is Gray Fullbuster! 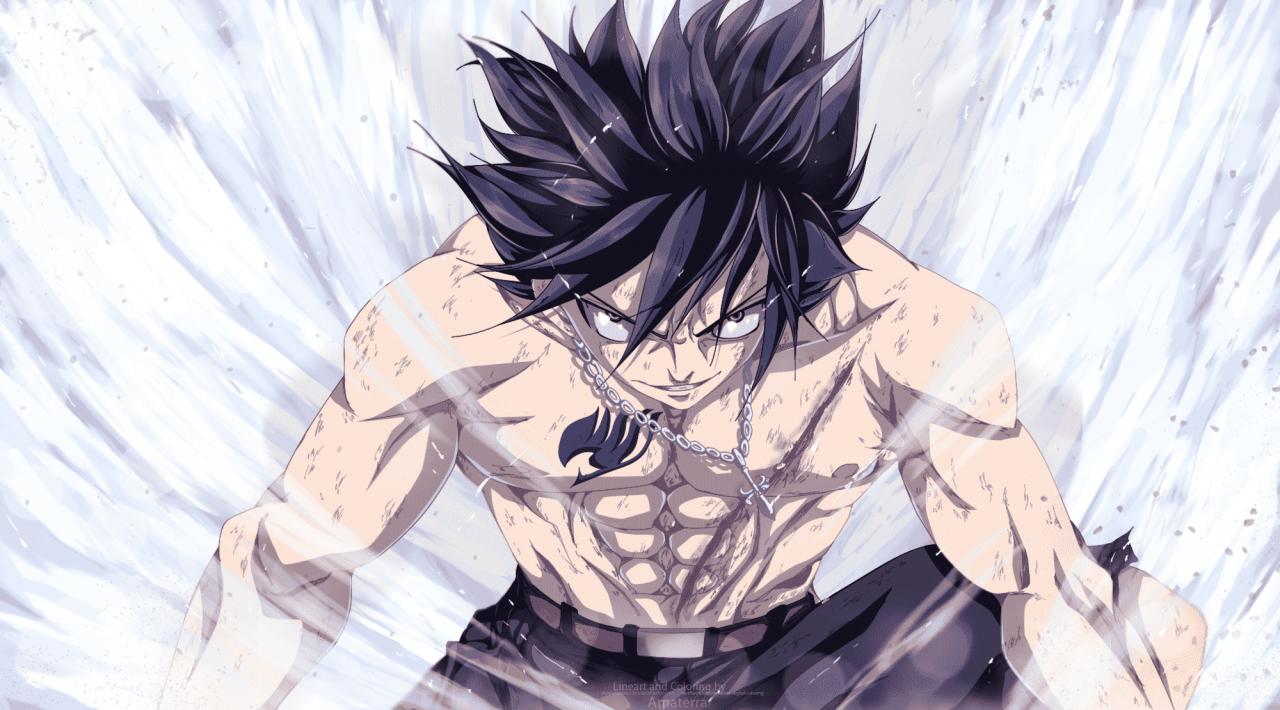 Hope you aren’t allergic to abs, because you’ll be seeing them more often than the Sun when you’re Gray’s girlfriend. This lad is as chilled and refreshing as ice, and habitually teases the people close to him. Just be sure to always carry extra clothes for when he strips in public.
Your Anime Boyfriend is Levi Ackerman!

Captain Levi keeps his emotions in a steel cage, but you might be able to coax his sweet side out. Given his clean freak tendencies and disciplinarian attitude, he’s likely to rival you as the wifey of the relationship, although don’t be fooled. Levi’s the guy you’ll feel safe walking the streets at night with.
Your Anime Boyfriend is Ken Kaneki!

Kaneki is what happens when a cinnamon roll decides it’s better to eat than be eaten. At his core, he’s a shy, gentle and thoughtful guy that can be affectionately clingy to his SO – but when someone endangers the world, he’s more than ready to bite back… literally.

Which Komi-san Can’t Communicate Character Are You?

Which Death Note Character Are You?

About our Anime Boyfriend Quiz

You can’t spell anime without “ai” – which translates to the Japanese word for “love.”

There’s certainly isn’t any doubt that anime habitually creates fun, interesting and remarkable male characters that fans can’t help but admire. When your anime is about protecting humanity from giant monsters or destroying a supernatural evil, your characters have to possess traits necessary to stay alive and succeed.

To that end, the lads who best represent anime boyfriend material also have qualities which would make good men in the real world – the traditional, masculine traits they usually embody include strength, unbreakable courage, mastery over their skills and talents, and honor. And also wisdom, but that’s usually after they complete their arc or go through a timeskip in the series.

There’s no harm in fantasizing about having your favourite anime male character as your boyfriend – aside from realizing that they’re still works of fiction, if you have a responsible and reasonable mindset, they’re a good way for you to figure out a few qualities that you’d like to find in your future romantic partners in real life.

Men in modern anime aren’t confined to shut-in NEETs, perverts, simps, and other hopeless characters. And even the above types can grow from losers into far better men, such as with the case of Natsuki Subaru from Re:ZERO over time.

As The Art of Manliness also discusses, the four meaningful traits that can define good anime boyfriends are strength, courage, mastery and honor.

Strength does not only reflect a character’s power, but their ability to protect their loved ones and bear difficult burdens for other people. This trait can be found in guys like Eren Yeager, Edward Elric and Saitama.

Even with strength, some obstacles prove extremely difficult to overcome – that’s where courage comes in. You can see this in Lelouch, Subaru, and even Itachi.

Mastery denotes a person’s dedication to perfecting a useful skill or talent. Look at how good Levi employs his Vertical Maneuvering Equipment as a prime example.

And lastly, honor – the application of one’s values, ethics and beliefs. This trait necessarily separates “good” anime boyfriends from the ones that – despite their other qualities – would be abusive or dangerous partners. Almost every hero has this – be it Shoto, Itadori, Naruto or Gray.

Why is Kaneki’s hair white?

Kaneki’s hair turned into a shocking white after enduring ten days of torture from Yamori, a demented Aogiri operative.

The immense stress he experienced in captivity is implied to be the reason for this change in Kaneki’s hair color – relating to a phenomenon also known as Marie Antoinette Syndrome, named after the condemned French queen.

In her last days before execution, Marie Antoinette suffered from constant anxiety which reportedly made her strawberry blonde hair go white. It’s likely that Kaneki, always fearing if Yamori would kill him, developed this syndrome.

Can Levi Ackerman get drunk?

Good ol’ no-nonsense Captain Levi is consistently depicted in celebrations or drinking scenes to be impervious to the intoxicating effects of booze.

Of course, it should come as no surprise that Levi has an absurdly high alcohol tolerance – he’s an Ackerman, after all, and this tolerance could stem from the effects of experimental Titan DNA worked into his family’s bloodline.