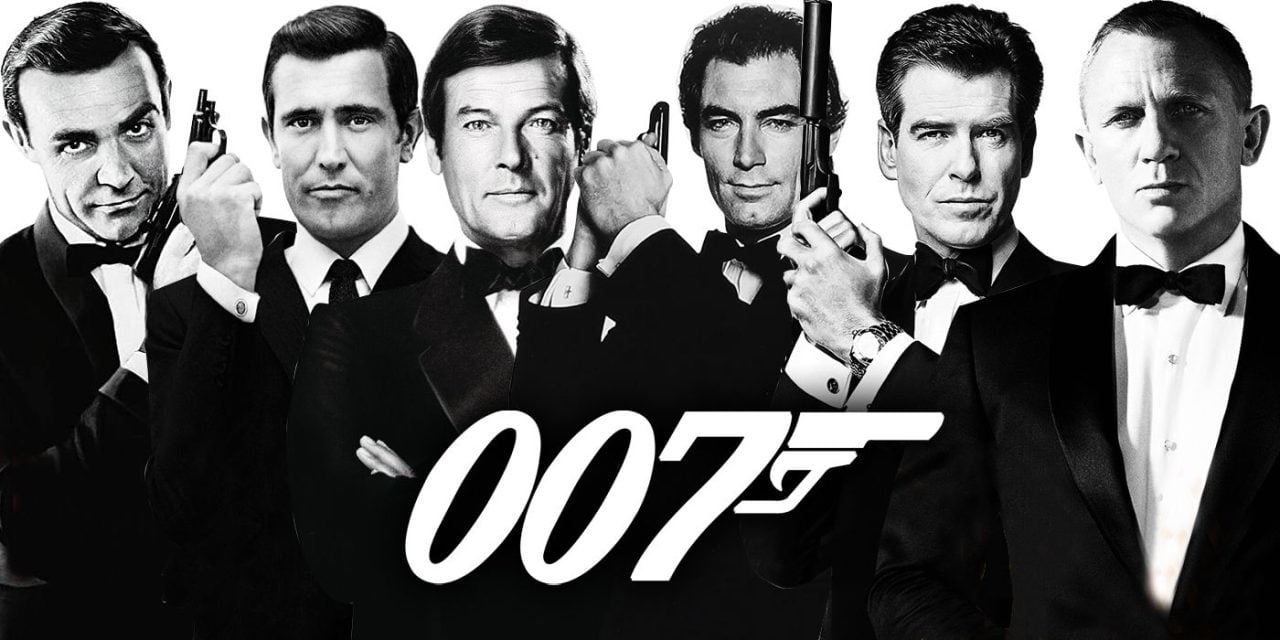 Which James Bond Are You?

Over the decades, different versions of James Bond have turned the field of espionage into a dream job for millions of fan. Do you fancy having what it takes to be a 007 agent yourself?

Although Bond makes working as a Secret Service agent look like a carousel of fast cars, dry martinis, and mesmerizing maidens, always remember that the job is also as dangerous as it gets. Be prepared to face all sorts of enigmatic villains and surprise assassins using a variety of superweapons taken straight from science-fiction.

How will you deal with the stress of being the world’s most famous spy? Can you get into a brawl and still come out looking sharp? Would you be able to detect threats hiding in the shadows? Could you stare death in the face while making a stinging quip about your nemesis’ sex life? And would you sleep with their daughter?

You may not have a license to kill, but we will give you a license to take this declassified quiz. Which James Bond are you? Infiltrate our questions and find out!
⬇ Scroll Down & Take The Quiz ⬇

Which Version of James Bond Are You?

What is James Bond’s best quality?

For your personal vehicle, you would choose…

Do you use humor to cope with stress?

What makes you win fights?

Your favourite Bond girl is…

Who was the serie's most memorable villain?

Which sub-genre would your Bond film be in?

Which is your favourite 007 theme?

Your spy arsenal wouldn’t be complete without…

What do you think is your biggest character flaw?

If you ever retire from MI6, you’d be…

Which James Bond Are You?
You are Sean Connery!

Mr. Connery’s take on the character is considered the gold standard for many 007 fans. Sean’s Bond oozes strength and violence. He is physically imposing, always a little threatening, and yet he’s also infused with gentlemanly qualities… until he has to pimp-slap someone for getting on his nerves, that is.
You are Roger Moore!

Debonair yet deadly, Mr. Moore’s Bond is a more sophisticated delivery of the 007 agent. Although the spy had an arsenal of gadgets, Moore also armed Bond to the teeth with witty one-liners and sardonic quips. He’s seen as the silly Bond, but he can teach anyone a thing or two about proper manners and real elegance.
You are Timothy Dalton!

Mr. Dalton turned Bond from a snarky super-spy to an ice-cold assassin, sacrificing humor for a frightening level of grim focus that would make even Batman hesitate. Hard-edged and somber, this Bond had no time to date ladies; he was more absorbed with doing his job as ruthlessly as possible.
You are Pierce Brosnan!

Bond, as characterized by Mr. Brosnan, was more classy and cerebral than his predecessors. This version was cool, graceful and refined, and had a bit of Moore’s witty charm with Connery’s physique, with Pierce’s athleticism helping turn each fight scene into a fast-paced visual spectacle.
You are Daniel Craig!

Mr. Craig plays a more subtle and enigmatic type of Bond – a steely professional killer who just happens to enjoy the finer things in life. Daniel’s 007 can be a little too serious, dealing with his loneliness and personal troubles, but his lack of attachments only make him a more efficient agent with a single-minded focus on his duties.

Go On With More Quizzes About Lifestyle

Love Test: What Is Your Love Language?

What Dungeons & Dragons 5e Class Are You?

Which Greek God Is Your Parent?

The Snowflake Test: Are You A Snowflake?

Which Hololive English Member Are You?

What Supernatural Creature Are You?

What Dragon Are You?

Other Quizzes About Lifestyle

Love Test: What Is Your Love Language?

Which Walking Dead Character Are You?

Mental Age Test: What Is Your Inner Age?

Which Hololive English Member Are You?

Dirty Mind Test: How Dirty is Your Mind?

About our James Bond Personality Quiz

The creator of James Bond, Ian Fleming, wanted to write a “spy story to end all spy stories” – and to this day, 007 continues to exemplify the concept of a dashing and mysterious secret agent in fiction.

Bond first appeared in a series of novels, starting with the first book – Casino Royale – which was published in 1953. The character and his line of work were inspired by Fleming’s own experiences as a Naval Intelligence Officer and commando during the Second World War.

James Bond came to life with the film adaptation of Dr. No in 1962. Fleming originally disliked Sean Connery as 007 because the rugged Scottish actor contrasted with his image of a refined and sophisticated agent, although Connery eventually won him over.

Since Connery, many other actors had put a spin on Bond – the charismatic Roger Moore, Timothy Dalton and his ruthlessness, the classy Pierce Brosnan, and Daniel Craig’s more serious incarnation. Like with any series, fans are divided on who the best Bond is, which goes to prove how versatile Fleming’s character is after nearly seventy years since it was conceived.

What Does James Bond Drink?

When he’s not murdering scores of people in his films, the 007 agent can often be seen sipping spirits at an upscale bar.

Bond’s favourite drink is a martini cocktail – particularly his own concoction, made with three parts Gordon’s gin, one part vodka, and half a part of an aromatized wine called a Kina Lillet. This drink is shaken and served ice-cold with a slice of lemon peel. The spy calls this a Vesper cocktail, named for his first romance in the novel, Vesper Lynd.

Apart from martinis, Bond also enjoys bourbon whiskey, white wines, and coffee. He especially dislikes tea, which he once described as “a cup of mud.”

Which James Bond has the most kills?

For being a more dapper and amicable incarnation of 007, Pierce Brosnan’s Bond killed exactly 135 people throughout his quartet of films. His score in Goldeneye – 47 kills – is even comparable to Daniel Craig’s kill count for his entire Bond career.

It shouldn’t come as a surprise that a secret operative with a government-mandated license to kill would rack up a high body count. Though it varies according to the version, the films are rather indiscriminate with the number of deaths in a spy flick, and Bond can kill dozens of goons and villains in the span of one film.

Who was James Bond based on?

Fleming drew from several real-life individuals – including himself - to create Bond’s character. He chose the name “James Bond” from a Caribbean ornithologist whose book he was reading.

Among the people on whom Bond is based are the Serbian triple agent Dusko Popov, the renowned British intelligence officer Conrad O’Brien-ffrench, Ian’s own brother Peter, and commando Patrick Dalzel-Job.